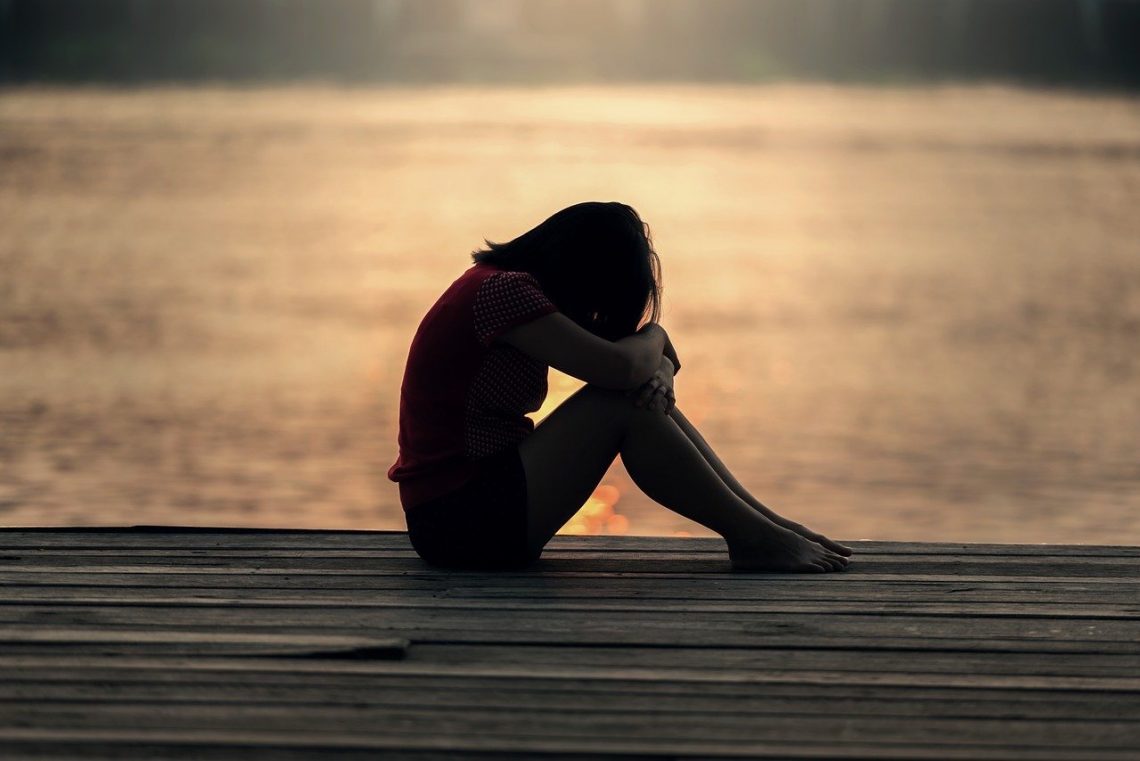 If you look at photos and videos of our time living abroad, it seems life is bliss. And believe me, we DO love living life overseas. Exciting experiences, new friends, rich cultures – there’s so much to gain from living overseas! So what is the one thing I could possibly hate about being an expat?

It’s something I should have anticipated all along, well before arriving in Spain. It’s something that, if it weren’t for this incredible experience, we could have actually avoided.

And despite all this, in a weird way, I’m thankful for this “thing” that I hate so much.

What I Hate About Being an Expat

So here it is.

I hate. saying. goodbye. Saying the word out loud just gives me a lump in the throat! Sooo many friekin goodbyes over the last two and a half years.

Starting with our immediate families back home, of course. From the moment we told both of our tight-knit Italian families we were moving abroad, it seemed as if our heart strings couldn’t be tugged any tighter.

It was all such an emotional rollercoaster leading up to our departure from New Jersey.

And as hard as those goodbyes were and continue to be, they were only the beginning. The number of times we’ve had to bid someone adieu since stepping foot on Barcelona soil is far too many!

And I wasn’t expecting this.

Why was it such a surprise? Maybe being a first-time expat, I was nieve to the fact that as frequent as people come, so they go.

I consider myself a person that gets easily “attached”. I form friendships rather quickly and put a lot of love into them.

See, I’m a stay at home mom who blogs for a living. So yea, you could say my days are a bit…solo. When moving to this foreign country where literally everything felt uncomfortable, those first friends I made became family.

They were my lifeline during a time when I was merely trying to survive each day and stay in one piece.

And then as quickly as we got to know each other, we were soon hugging one another farewell.

Why didn’t I see it coming?

How This Affects Me

It might sound a bit dramatic – but allow me to be transparent for a moment, if I may?

The feeling of saying goodbye to friends we’ve grown to love is kind of like experiencing a breakup! I go through a series of emotions – surprise, denial, anger, sadness and eventually healing.

It’s deep, I know. But you must understand as an expat, friends take on a whole new meaning.

You struggle to learn the local language together. You sample exotic sometimes strange looking foods…together. You get lost on the metro together.

You spend holidays without your immediate family… but you do it together.

All the holes that are left in your life when becoming an expat – holes from family and loved ones left behind – are now filled by people going through the same emotions as you are.

There is a lot of comfort in that and made our transition from America to Spain just a little bit easier.

But the first time a fellow expat family from China made their decision to trek back home, I felt my little world come undone. Would we be okay without them here?

Yes of course we would. The answer is always the same. But it still hurts. And the longer I’m an expat, that hurt doesn’t get easier.

If anything, it gets harder! Because with each family that departs, it serves as a gentle reminder that our turn is fast approaching.

And as much as goodbyes make me feel yucky inside, my heart breaks for my three children.

How This Affects My Expat Kids

Trust is a fragile thing. And when you pull a child from all they know to place them in an unfamiliar environment, it’s downright scary.

Their sense of belonging is challenged. Their confidence waivers.

It’s all so confusing being an expat kid!

So naturally, the first few relationships they establish are really important. They help a child identify either positive or negative opinions about their new life abroad.

Do I feel accepted? Do I belong? Will I be safe in this new place?

Finding a friend while living overseas is like finding Willy Wonka’s golden ticket.

So it really stunk when my children made their “best expat friends” only to learn they would be moving away months later.

Ugh, the mom guilt that followed! I feared my kids would have social setbacks or worse, have trouble later in life developing real long-term solid relationships.

The first time this happened with my daughter’s closest friend from Greece, I was devastated.

“How could they leave us?!” I selfishly wondered! No one’s supposed to leave.

But that’s the life of an expat. The term in itself suggests something temporary.

I still hate it every time.

But here’s the funny thing. I remember my (at the time) 5-year old telling her dear Greek friend not to worry about moving away. They would FaceTime always and have phone play dates – which I found completely adorable and also comforting.

She handled it really, really well, as kids surprisingly do in these sorts of situations. I was amazed at how accepting she was – likely because she didn’t totally grasp what that last hug resembled.

Perhaps for that instance, ignorance really was bliss. And that was okay.

Most recently, our family said goodbye to one of the closest members of our clan – our nanny, who decided to move back to her home country of Columbia.

Having a nanny is something only the elite and wealthy in America can afford. But actually in Spain it’s quite common, since most parents work and need the help.

I may not “work” in an office by traditional standards. But we sure needed the help having zero family around.

Still, I wasn’t overly comfortable with this idea at first. Turning over my kids to a stranger who would bring them on and off public transportation in a foreign city?!

But what I quickly came to recognize was how easy it was to trust this girl. She found a way to bond with my children and before I knew it, was a regular part of the family.

Not an employee, no. But a trusted friend.

And as much as we tell ourselves we’ll keep in touch and reconnect someday…somewhere, we can only hope.

Ways to Cope with Expat Loss

So how do expats handle the ever revolving door of life abroad and watching friends come and go so quickly?

There’s no simple answer really. It’s a state of mind – a series of decisions that I needed to make once I realized how this was affecting me.

First, I had to accept that this is a huge part of being an expat and silently kick myself for not realizing it sooner.

Second, I needed to understand that every single expat, even the ones that have moved on, were in my shoes at one point during their journey.

Next, I made a mental note to capture as many photos and momentos as possible of our special friends. Even more than my usual obsessive snapping! So we could someday look back and remember those that have left.

And lastly, I’ve committed to our family traveling to as many of the countries where our friends come from as possible. And we need to do this while still living abroad.

We never imagined we would travel to Iceland, Greece, Dubai or Japan. But now that we have beloved friends there, it’s no better time to cross those bucket list items off. And stick one more postcard into our family albums.

And THAT is the true blessing of this expat curse I hate so much. That without those tough goodbyes, we would never have gained the perspective, acceptance and appreciation for other countries around the globe. 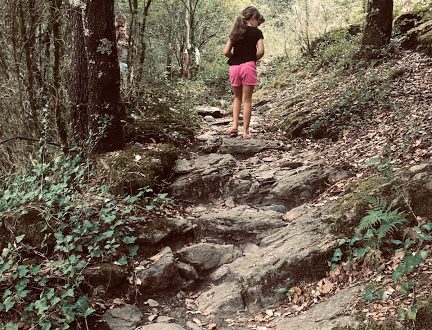 5 Pieces of Advice to Future Expats 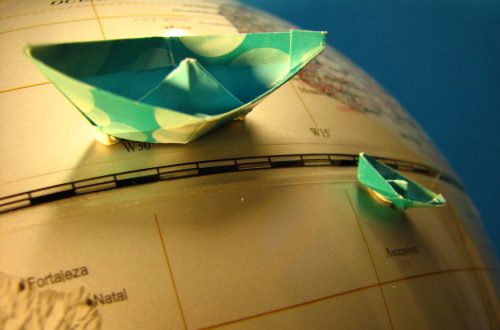 How to Live Abroad: 12 Tips from Expats 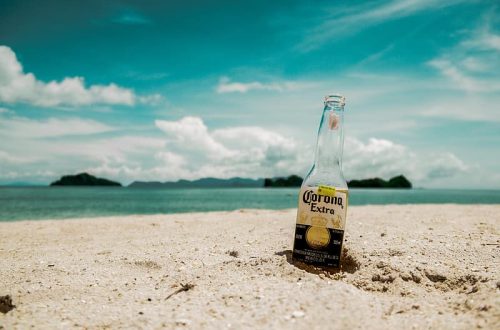