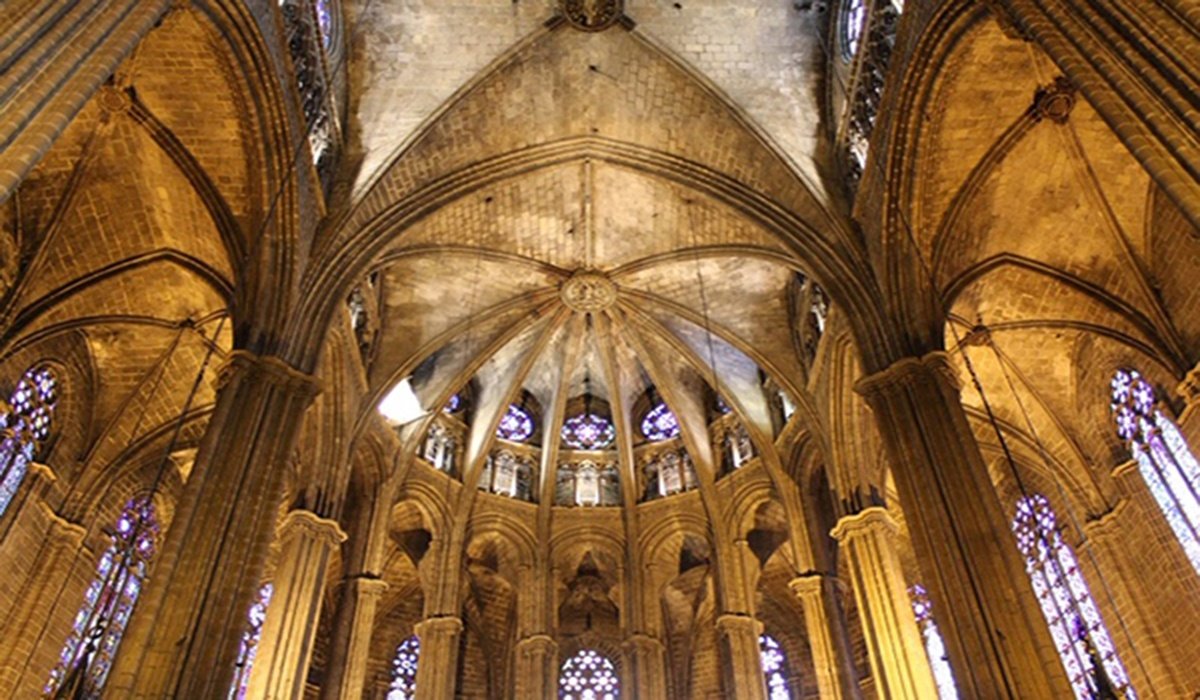 It’s one thing to do your research online when moving to a new place, like I did when our family relocated to Barcelona.

But you only really find out what’s rumor or truth until you see and experience for it for yourself! Turns out, lots of rumors about Barcelona aren’t actually true.

If you’re lucky enough to visit or live in this incredible city, learn the facts from someone who figured things out the hard way.

7 Rumors and 1 Truth About Barcelona

It makes me chuckle when I look back on the advice we received from others after telling them we would move to Barcelona. Some said English would be the dominant language which makes absolute sense.

But not so! Locals prefer to use their local language of Catalan

The bottom line is this. You have to find English speakers here. Many locals do not speak it. The doorman at our apartment, Jose, is a hard NO. Most doctors and store clerks speak some English. Students and the younger generation learning English in school speak it well enough. But no, not everyone speaks English.

You heard right. Since Barcelona sits in a region of Spain known as Catalunya, the locals speak…Catalan! It’s kind of a blend between Spanish with French influence. In school, my children are required to take Catalan class – even though they’ll never use the language in any other part of the globe.

Related Article: Cheat Sheet to the Language of Barcelona 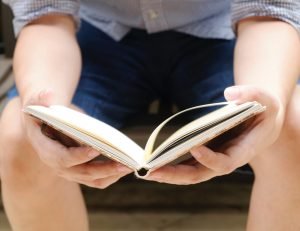 In addition to their own dialect, they have their own flag. Catalans are proud to be Catalan – and if I had a dollar for every Catalan who told me I need to learn their language, well I’d be one wealthy trilingual American expat!

PICKPOCKETING – Barcelona is the capital of the world: FACT

Ugh, this one unfortunately speaks truth. Maybe it’s the soaring unemployment rate or the mass of tourist visitors each day. Perhaps it’s the fact that such a petty crime holds little to no consequence from authorities. But one thing is for sure…this city is a pick-pocketer’s gold mine!

I’ve actually witnessed two pick-pocking attempts…right in front of my eyes! One in particular ended with Civil Guard officers tackling a thief to the ground! Exciting stuff…

A co-worker of my husband’s, who doesn’t even live here, had his wallet stolen FOUR times. I mean, how can someone be that much of a target, right?! Maybe he looked down at his phone appearing like a lost tourist (big no-no). Or had his wallet stuffed into his back pocket (come on, that’s an easy one!) 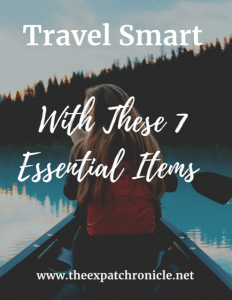 Was he distracted by a sidewalk “vendor” while quick hands swiped his belongings (usually a very calculated two-man act). All things to be wary of when traveling to Barcelona and especially in the following areas interest:

3. The Basilica of Sagrada Familia (tourist ant farm all of whom are consumed with taking photos not worrying about their belongings!)

4. Estacio Sants and Estación Franca train station near Placa de Espana swarming with visitors arriving and departing from other parts of the coast.

Take my advice – don’t fall for the tricky schemes of street wanderers or you’ll find yourself empty handed in a foreign city!

Never say NEVER! When one thinks of Barcelona, sunny Mediterranean beach days is what comes to mind. And to be fair, in mid January we still have yet to see temperatures below 40 degrees. The weather here really is lovely!

And while it does seldom rain – like maybe once or twice a month – when it does, IT POURS!!!! I’m talking buckets! I can recall several mornings in early Fall (since that seems to be the season with the majority of rainfall here) where we left home in dry clothes and arrived to school DRENCHED from head to toe – and thats WHILE carrying umbrellas?!

Yes folks, it rains here. Not often. But when it does, don’t underestimate. Ive made this mistake before and have regretted it every time!

SPORTS – Futbol is the only sport played here: FICTION

Undoubtedly futbol (soccer) is the main event here and Lionel Messi, who some argue will go down in history as THE best futbol player…like, EVER – well, he is king.

Not a day in this city has gone by when I haven’t seen someone wearing an FC Barcelona jersey or noticed a child carrying a ball under one arm. More than a game futbol is, to this part of the world, a rich and long-standing cultural tradition.

So naturally when we moved here, I figured “welp, soccer it is!” for our kids and felt thankful they each had a season of recreational league under their belts in the states. But I quickly came to learn that basketball is also hugely popular here, who knew?! So much so that FC Barca and Real Madrid futbol organizations also have basketball teams, as well as training camps for youth. Tennis or padel, handball, and also swimming rank amongst the top sports played here.

But when my 5-year old daughter caught onto the sport of cheerleading, my heart sank. Surely, this wouldn’t exist here. Most people looked kind of puzzled when even mentioning the sport. I decided I would do some research anyway with little hope. That’s when I found BCN Cheer, a fantastic organization run by a Canadian/Californian now living in Spain. I’m so grateful that this young girl saw the need for Cheering in Barcelona and had the vision to start it up!

LIVING COSTS – It’s very affordable to live in Barcelona: BOTH

Cost of living depends of course on your point of reference, where you’ve come from and have already visited in the world.

If you’re from the south of Spain, then the big city of Barca ain’t cheap. However, Northern European countries which tend to be more expensive, might find this city to be refreshingly inexpensive. 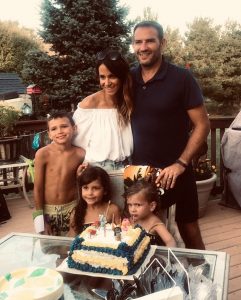 For us, coming from the Northeast of the United States just 40 minutes outside of Manhattan, the cost of living in Barcelona is significantly less. Our city center apartment in a lovely neighborhood actually came in below our conservative budgeted amount.

Food and alcohol is ultra affordable especially if locally produced/grown. A nice bottle of Spanish wine costs no more than 7 euros at the grocery store (on the high end!) and you’ll find the same for the local oils, beers and cheeses as well. Eating out is equally inexpensive and tipping your server isn’t typical here – which means for a hungry family of five, our monthly food/restaurant bill is almost half of what it was in the states.

Finally, anyone with kids understands the value of extracurricular activities. And when multiple children with a variety of interests presents itself, so does the bill!  Though in Spain, we find costs for two days of futbol, one day of chess club and two days of competitive cheerleading to be significantly less than in the states.

POLITICS – With the recent political unrest, Barcelona is not safe: FICTION

Although pickpocketing is at an all-time high here, this is petty crime when compared to the violence in other foreign cities around the world. Public transport, metro lines and taxis are considered safe and reliable.

The ‘Safe Cities Index 2017’ by The Economist Intelligence Unit (EIU), confirmed that Barcelona was one of the safest cities in the world in terms of general crime and overall ranked 13th in the world.

Barcelona was also the 4th safest in the European Union and 5th safest in Europe – only lower in general safety terms than Stockholm, Amsterdam, Zurich and Madrid in 2017.

And those pesky protests surrounding the Catalan Independencia? Yes, they take place and can be disruptive to everyday city life…but they are for the majority, peaceful. News media outlets have a way of depicting a war zone when headline-worthy events take place throughout the world.

But the reality is, most parts of the city such as where we live and where the children go to school (above Avinguda Diagonal), are untouched and unaffected.

Sure, like any urban area there are neighborhoods to avoid especially at night. But after spending two years living in this beautiful city with three children, I truly feel safe and at ease.

LIFESTYLE – Locals really do nap during the Spanish “siesta”: FICTION

This one was at the request of my husband who probably wishes it were true! As many people believe the afternoon siesta is actually for napping, what we find is a two to three hour “break” in the middle of the day, typically from 2:00pm – 5:00pm.

Restaurants, stores, some offices and businesses shut their doors to enjoy a lengthy lunch (the largest and longest meal of the day here). They eat tapas, drink wine/beer and, from what I’ve personally witnessed, appear to be quite merry!

Who could blame them?! 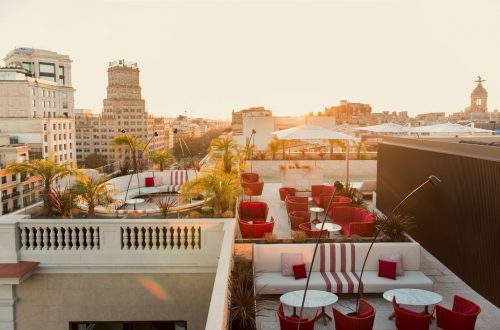 5 Family Friendly Hotels in Barcelona Your Traveling Kids will Love 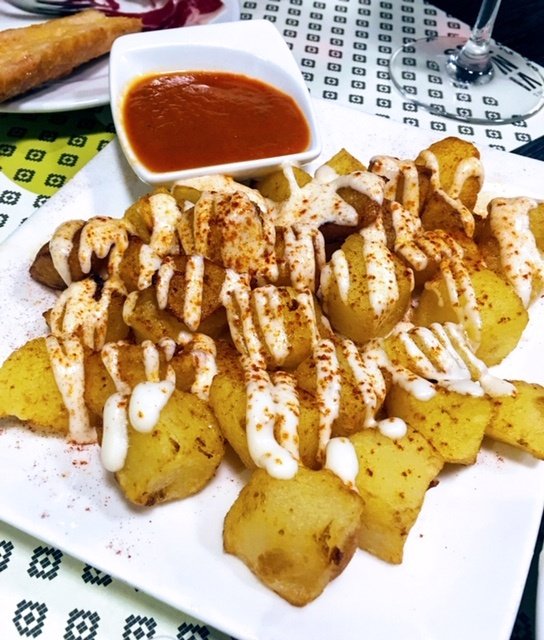 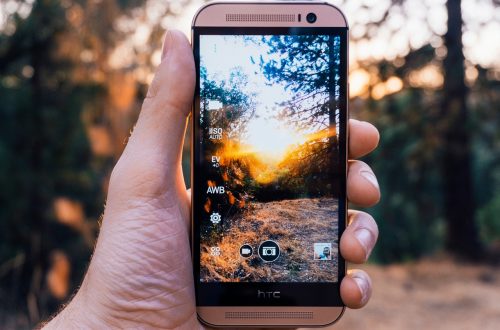 My Favorite Apps for Tourists and Expats in Barcelona